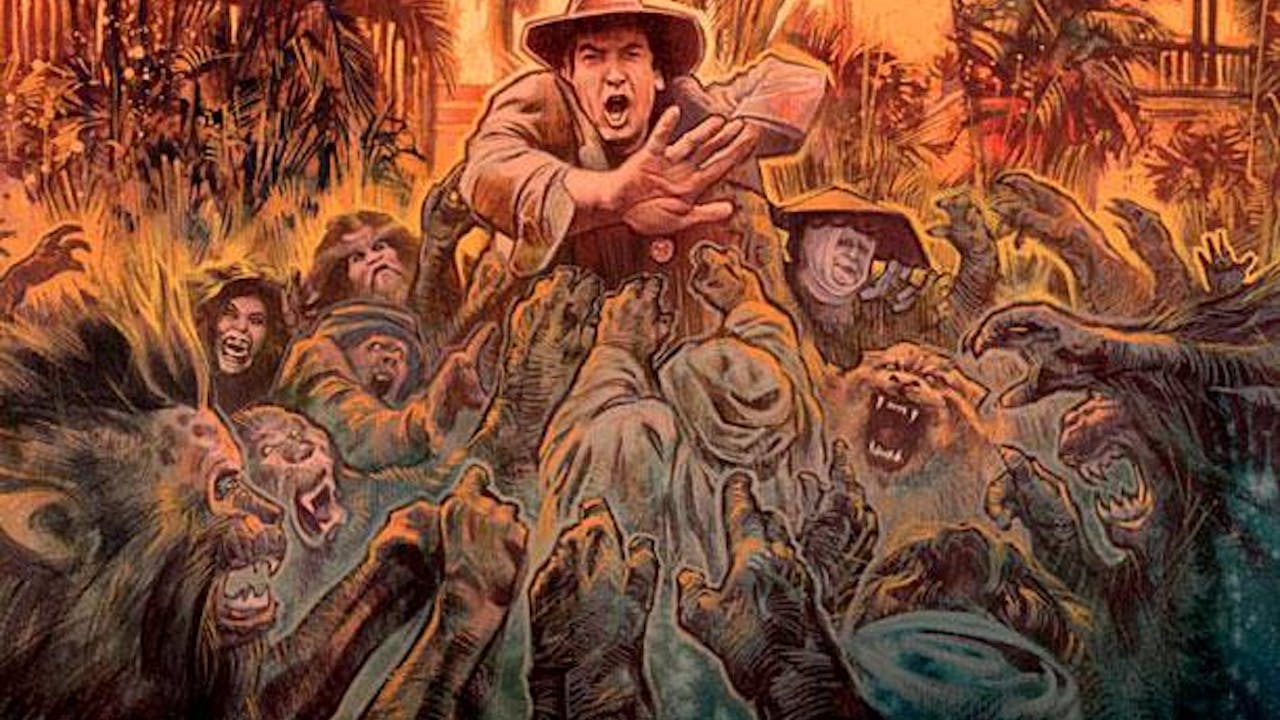 The filming of the ill-fated 1996 version of H. G. Welles’ THE ISLAND OF DR. MOREAU is the stuff of legend. For the first time since he was unceremoniously escorted off his longtime dream project, Richard (HARDWARE, DUST DEVIL) Stanley reveals in detail his spectacular original vision and how it was all ripped apart at the seams. Cast members including Fairuza Balk, Marco Hofschneider and Rob Morrow, executives and producers Robert Shaye, Edward R. Pressman and Tim Zinnemann, concept artist Graham Humphreys, members of the Stan Winston Makeup Effects team as well as a host of cast and crew members recall the stories first hand of colossal egos run amok, a production way out of control, and how the original filmmaker was banished from the set but wouldn’t let go. Directed by David Gregory (PLAGUE TOWN, THEATRE BIZARRE, THE GODFATHERS OF MONDO), this is the sensational story of what could have been a science fiction masterpiece which became a huge creative and financial disaster; the story of the outsider artist versus Hollywood machine.